The Coca Cola Factory was my favorite attraction in Atlanta. It was awesome. We got to see a 15 minute little movie and got to taste a bunch of different  sodas from Africa, South America, Europe, and Asia.  Some of them were really good but some of them were too carbonated or tasted like cough syrup. Gabe liked this one called Beverly. I didn’t taste it, but Isaac and my mom said it was just terrible.

Then there were a bunch of Coca Cola freestyles and a soda fountain with different kinds of coke. When we left, we got a free Coca Cola, and I got a shirt.

Then we went to the aquarium. It was cool. We sat at a big window and saw lots of fish. There were also some awesome whale sharks. We got to see ocean life, river life, and arctic life. We saw some penguins in arctic life. In river life we saw a crocodile and some river otters. 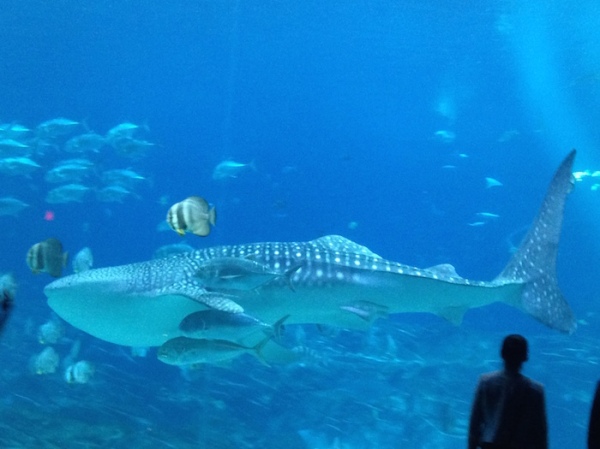