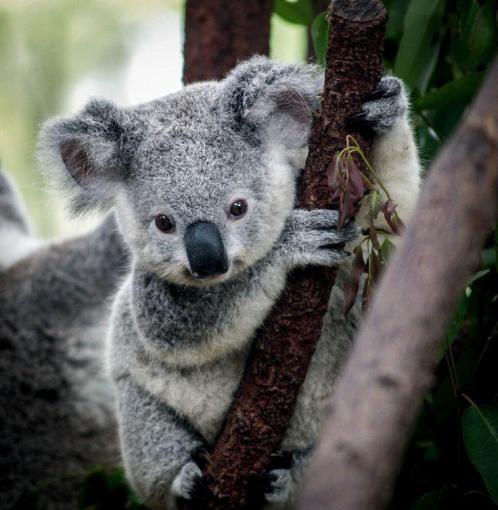 This is another story I wrote for my freewrite time for my writing class today:

He immediately crawled through the doorway. Once he was out he looked around.

He saw a nice looking kitche. Then he saw an open door leading to sunlight and he had a feeling that that was the right way to go. And then he was free.

He looked around him. He saw dark green trees. He saw beautiful flowers that gave off a wonderful aroma, and the best of all, he saw a beautiful lake that looked like glass. he smiled.

This is what he had wanted. Its everything he had imagined. Kirk crawled all about him loving every single thing he sae about him. And then he decided he needed some friends to keep him company. He looked everywhere. He found bugs and birds but nobody who seemed like the right friend.

And then he saw it. He opened his eyes big. It was another koala his age too.

He quickly crawled over to her. She smiled at him.

Hi she said. My name is Kira.

Where did you come from? he asked.

I came from a picture. Where did you come from?

I came from a picture too, Kirk said.

They both smiled, and they played all day til they were best friends, and then Kirk said, will you come live with me in my picture?

Kira said happily, “yes, I would love to. I get so lonesome in my picture.”

So they both lived in Kirk’s picture and lived happily every after.