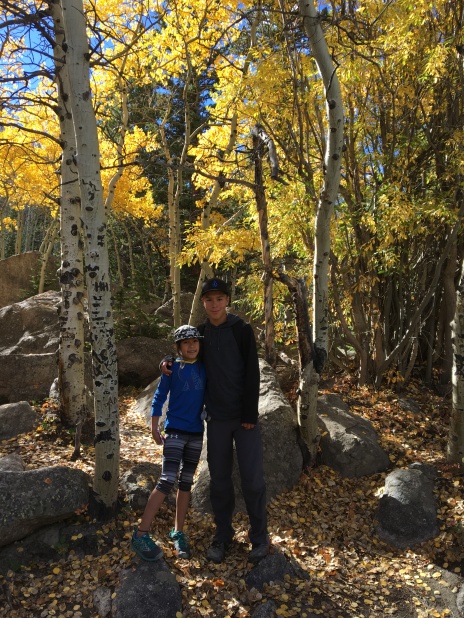 It was like three hours out there, but I listened to Percy Jackson, so it passed quickly.

The hike was really pretty and fun. It was 9.00 miles round trip though, so it got a little tiring. 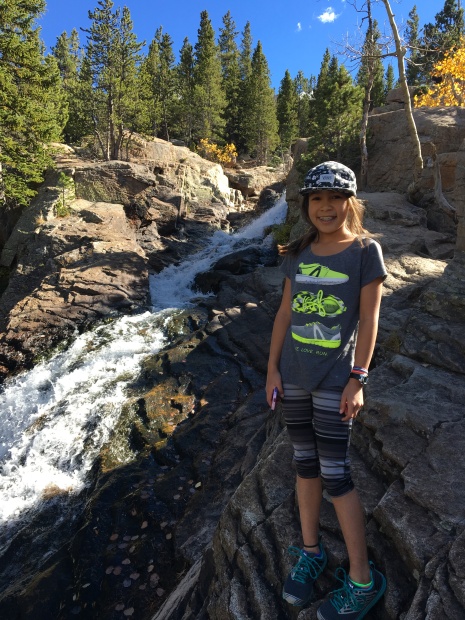 The first thing we saw was a waterfall! It was big and really pretty. 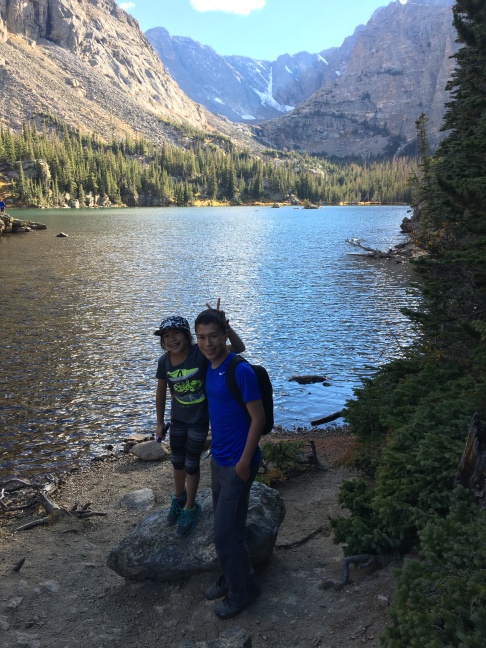 Then we hiked for a while until we reached a lake called Loch – it was my favorite especially on the way back since it was around dusk. It looked like glass. 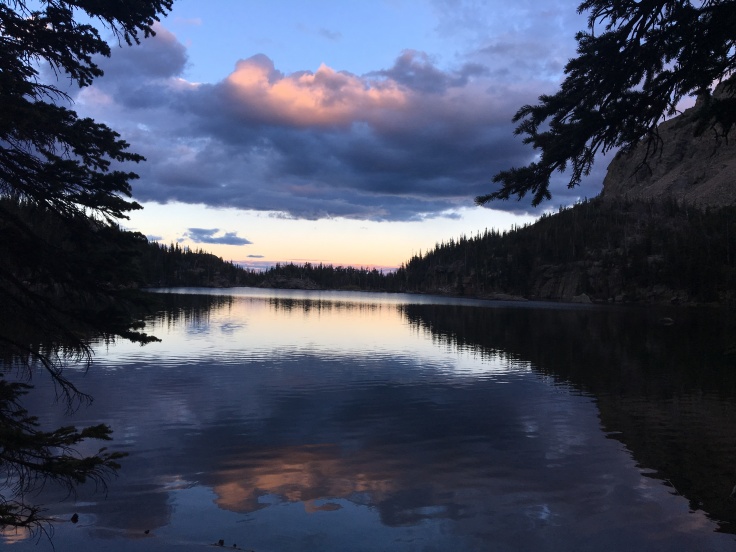 Then we hiked a while more till we reached a waterfall that was really cool. It wasn’t as big as the other one, but I think that it was prettier. 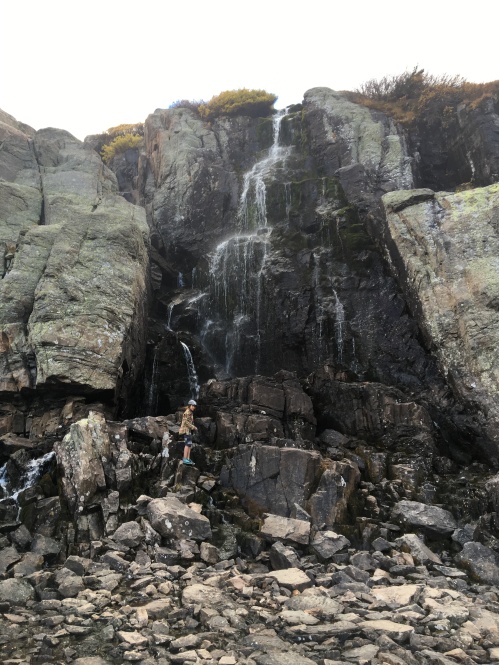 Then we hiked a little bit up and saw Lake Of Glass. Honestly, I didn’t think it looked like glass, but that was probably just because of the clouds in the sky. 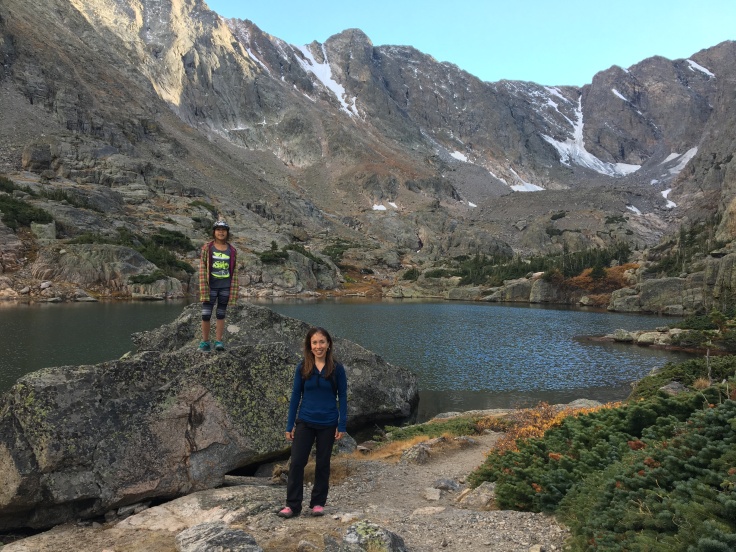 The last lake we saw was Sky Pond. It was really pretty. It reminded me of the Sierra Nevada’s. 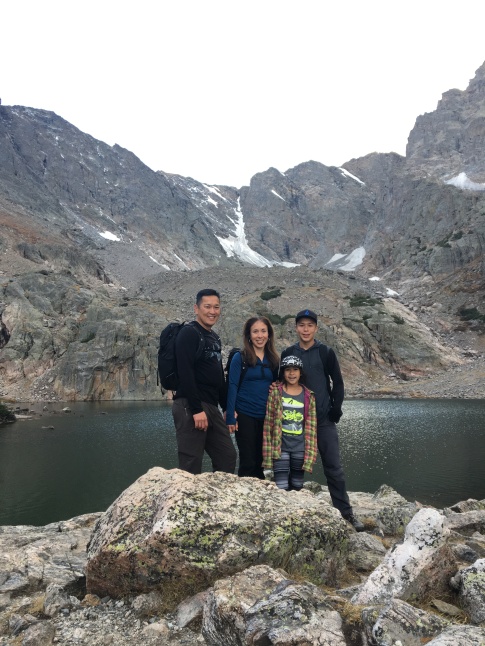 On our way back it started to get dark, but it was ok because you could still see a little, and we had a couple flashlights.

For dinner we went to a Korean restaurant – it was so good!! Gabe and I got bulgogi sliders. They were the best sliders I have ever had.

Then we drove home and  got back around 1:00 in the morning. But I had a great time and wonderful memories!